UFFIZI, ART BECOMES A SHOW: LIVE PERFORMANCE BY MORGAN AND ANDY FOR THE DONATION OF MARCO LODOLA’S SELF-PORTRAIT TO THE MUSEUM

The event will take place on 23rd November in the Auditorium Vasari and will be broadcast live on Facebook: in addition to Lodola himself and the director Eike Schmidt, the critic Vittorio Sgarbi and, as guest of honour, Gigliola Cinquetti will also be present.

Donation of an artist’s self-portrait with live concert at the Uffizi. The ceremony-performance will be “staged” next Tuesday, 23rd November, in the Vasari Auditorium of the famous Gallery starting at 11 a.m.: the artist Marco Lodola, creator of the pop nativity scene with the greats of pop music that has illuminated the museum in the past Christmas holidays, will hand over his self-portrait to the director Eike Schmidt, during a ceremony that will have at its centre the musical performance of the former Bluvertigo Morgan and Andy. And that’s not all: Gigliola Cinquetti (whose effigy, in the illuminated nativity scene, represented the Madonna) will be the guest of honour at the event, during which critic Vittorio Sgarbi, among others, will speak. During the event, which will be broadcast live on the Facebook page of the Galleries, will also be presented the catalogue of Lodola’s Christmas installation, ‘Stelle delle Genti’ (published by Gallerie degli Uffizi and Mirabili Arte d’Abitare). 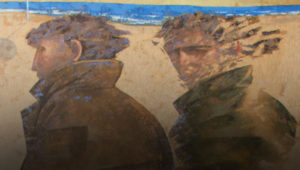 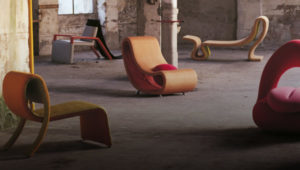